Leadership of the GAC and associated groups as agreed by the GAC.

Strategic liaison with ICANN; other ICANN advisory committees and supporting organisations; and with other relevant stakeholders.

Prioritising the work of ICANN staff in support of GAC activities. 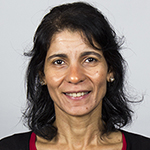 Ms. Manal Ismail is Executive Director for International Technical Coordination at the National Telecom Regulatory Authority (NTRA) of Egypt. Prior to her work at the NTRA, she worked at the Egyptian Ministry of Communications and Information Technology (MCIT), where she has been involved in a number of initiatives that successfully served Egypt's national plan of building its Information Society, and at the Cabinet Information and Decision Support Center (IDSC) among the team who first introduced the Internet to Egypt.

Ms. Ismail has been representing Egypt on the GAC for more than 10 years and has served as one of its vice chairs twice, in 2009 and 2017. She has also served as vice chair of the first ICANN Accountability and Transparency Review Team (ATRT1), member of the IANA Stewardship Transition Coordination Group (ICG), co-chair of the Board-GAC Recommendation Implementation Working Group (BGRI-WG), co-chair of the GAC-GNSO Consultation Group, and member of the ICANN Middle East Strategy Working Group.

Ms. Ismail has led the establishment of the DNS Entrepreneurship Center (DNS-EC) in Egypt mandated to serve the Arab and African regions, contributed to various early community and ICANN efforts on Internationalized Domain Names (IDNs), and led GAC discussions until the successful introduction of IDNs. Ms. Ismail is an active member of the global Internet community. She participates to all global Internet Governance Forum (IGF) meetings, the Arab Internet Governance Forum (Arab IGF), the League of Arab States (LAS) Working Group on Domain Names and Internet Issues, and was member of the NETmundial Executive Multistakeholder Committee. She is founding member of the Internet Society Chapter of Egypt (ISOC-EG) and founding member of the Regional Internet Registry of Africa (AfriNIC). 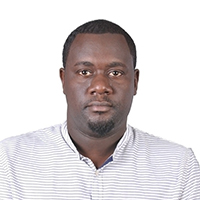 Mr. Francis serves as well, as the International Telecommunication Union (ITU) Burundi Focal point, and currently, Mr. Francis is the Associate rapporteur of the Q6/2 (ITU-T SG2:) regarding telecoms/ICT Management architecture and security with a new work item initiated by Mr. Francis related to "requirements for management of application services over cloud and broadband ecosystems (M.rmacbe)"

Mr. Francis follows major meetings related to internet Governance on behalf of the Ministry at the Africa level and International level in coordination with the National Telecom/ICT regulatory Authority.

Among his duties, Mr. Francis:

Mr. Francis is a member of the National team currently working on connectivity technologies dedicated to improving internet access to remote and underserved areas.

Mr. Francis is coordinating at the national level the Initiative aims to Enhancing Digital - Internet Ecosystem and Digital-Internet Skills for the economic empowerment of women with International institutions, with the finality of formulating a gender-responsive policy and regulations in ICT 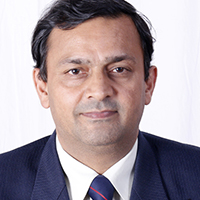 Dr. Jaideep Kumar Mishra is a Joint Secretary in the Ministry of Electronics and Information Technology in Government of India and heads the Internet Governance Division. In a career spanning 28 years, he has held several senior level public positions for the Government of India where he has actively worked on several projects and initiatives across diverse sectors focusing on leveraging the use of technology for better government service delivery.

Since 2018, he has been a GAC representative of India. While serving in this capacity he has played a crucial role in fostering the internet governance community in India and has spearheaded the regular PreICANN Briefings, the ICANN readouts and has attended several ICANN meetings both in-person and virtually and contributed in the discussions. He has conducted several multi-stakeholder discussions on significant relevant issues and has also conceptualized various projects on awareness and fellowship schemes to provide support for attending Internet Engineering Task Force (IETF) meetings. He is key person responsible for creating DNS centre of excellence in India.

An important area of his contribution has been in the delegation of India's Internationalized Domain Name (IDN) ccTLD in seven regional languages which has enabled the .IN ccTLD to be available in India's twenty two official languages. On a broader aspect, he heads the flagship scheme of Government of India titled the "Pradhan Mantri Gramin Digital Saksharta Abhiyan (PMGDISHA)", which is one of its kind and globally the largest digital literacy scheme that leverages internet for imparting digital literacy in rural areas. The scheme targets to impart digital literacy to 60 million citizens in rural households out of which so far over 44 million beneficiaries have already been trained and empowered to use the internet.

With his grass root experience in the domain, Dr. Mishra is well placed to support GAC and ICANN in furthering the aspects of digital inclusivity and accessibility for the global communities. Further he would effectively contribute towards policy development, especially in the coming years, when significant policy issues related to Data management, privacy, DNS abuse, cyber security and new gTLD subsequent procedures, require concerted efforts and global consensus building.

Dr. Jaideep Kumar Mishra holds a Bachelor of Technology Degree from the Indian Institute of Technology Delhi, India and also a PhD from the same institute. He has also pursued his post-doctoral work in the field of Information Systems under the prestigious Japan Society for Promotion of Science (JSPS) fellowship at Japan during 1998-99. 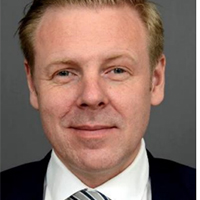 Mr. Ola Bergström is the Director for International Affairs at the Swedish Post and Telecom Authority and serves as Swedish Representative (alternate) of the Governmental Advisory Committee to ICANN.

Mr. Bergström represents Sweden at the Internet Governance Forum (IGF) as well as EuroDIG and is responsible for the work in the Telecommunications Union (ITU), under the assignment from the Swedish Government, in particular engaging in internet and cybersecurity related issues.

Mr. Bergström is further responsible for the extensive capacity building work carried out by the Swedish Post and Telecom Authority, in particular the cooperation since 2016 with a large number of telecom regulators in subSaharan Africa on various ICT and technology related issues.

Mr. Bergström is very active in the policy debate in the European Union on various ICT and technology related issues, at the moment on issues relating to the European Commission Digital Strategy such as DSA.

In 2020 the Swedish Post and Telecom Authority chaired the organization for telecom regulators in the European Union, Body of European Regulators for Electronic Communications (BEREC), where Mr. Bergström has been actively engaged in the cooperation between BEREC and other regulatory networks and regulatory authorities globally.

Mr. Bergström is currently assigned as expert to the Governmental Committee for a European Union Regulation on preventing the dissemination of terrorist content online 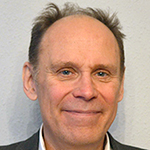 Mr Pär Brumark is, since January 2013, the GAC Representative of Niue and appointed Special Envoy for The Government of Niue regarding all matters related to ccTLD .nu. He has a professional private sector background in Intellectual Property protection, ITSecurity, Media industry (Film/Music), Domain industry and Public Relations. He has been nominated twice to the Swedish Parliament (National elections 2010 and 2014) and is currently a Board Member of The Christian Democratic Party (Conservative), Malmö, Sweden. As GAC Representative of Niue, he has attended all ICANN meetings since ICANN47. Pär Brumark was one of five GAC Appointed Members of the CCWG on Enhancing ICANN Accountability (WS1) during the preparations for the IANA Stewardship Transition. Pär Brumark has an educational background in Media Technology, Lund University, Sweden, 1983-86, followed by additional studies at Lund University in Law, Intelligence Analysis and Political Science. 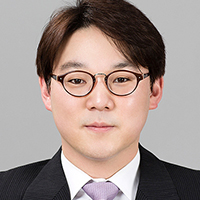 Mr. Shi Young Chang is Deputy General Researcher of KRNIC Policy Team at the Korea Internet & Security Agency(KISA). He acts as the Republic of Korea(RoK)'s official representative of the Governmental Advisory Committee(GAC) to the Internet Corporation for Assigned Names and Numbers(ICANN) since 2020. He has also served as a GAC Liaison to the At-Large Advisory Committee(ALAC) since 2021, contributing deeper collaboration between GAC and ALAC on developing cooperation agendas, publishing a Joint Statement of GAC-ALAC, and moderating a Joint GAC-ALAC Public Policy Meeting at ICANN71 Virtual Policy Forum.

Mr. Chang has led the Working Group on DNS Server Sharing(WGDSS) in Asia Pacific Top Level Domain Association(APTLD), which is a collaborative project to bolstering efficiency, stability, and robustness of the Internet infrastructure across Asia Pacific region by serving as Chair of the WG. He is an active member of the global Internet communities. He participates to national and regional Internet Governance Forum(KrIGF and APrIGF), UN IGF, the Regional Internet Registry of Asia Pacific(APNIC), and APTLD meetings.